Here's my interpretation of Russ Bridges very close up Kingfisher with Alcohol Ink and steps along the way. 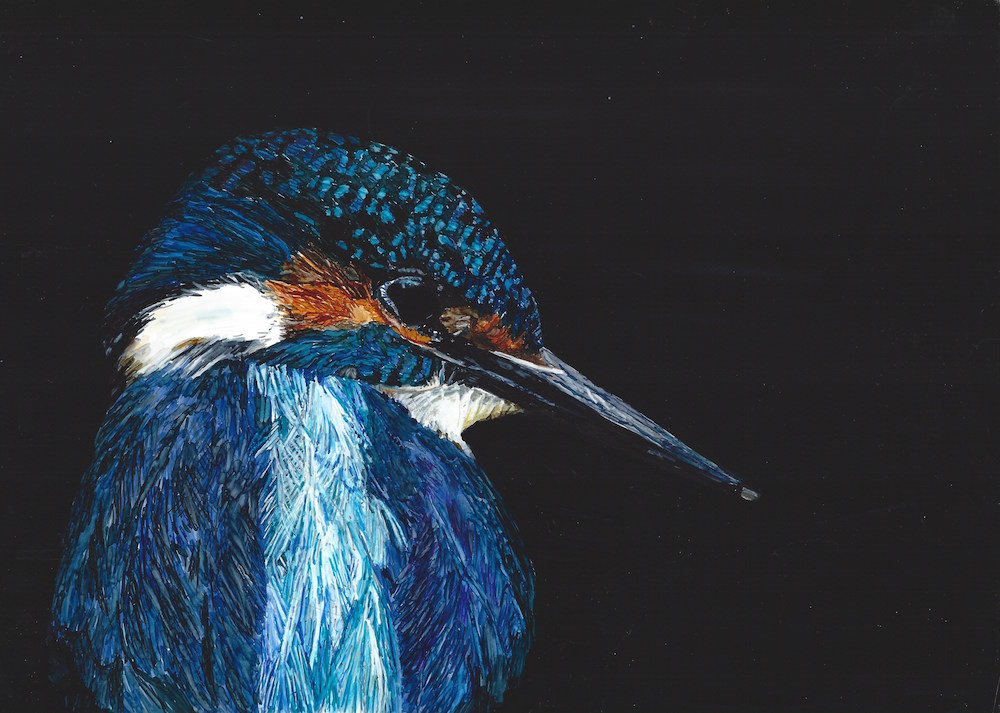 I really was attracted to Russ Bridges image of a Kingfisher from Photos for Artists on Facebook. Here’s my painting. It’s Alcohol Ink 9 x 12 on Yupo Paper. I was intrigued with Hélène Rush’s use of Superfineline Markers and had to try them out. I used them on the feathers. 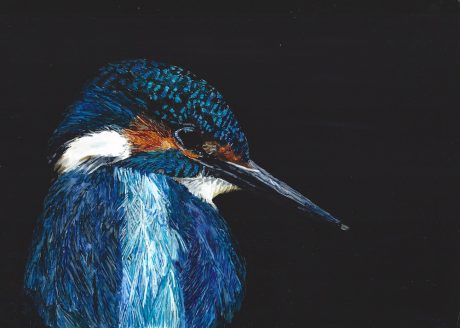 I masked out the Kingfisher first with frisket Film and then Airbrushed the black background with Pinata’s Mantilla Black. I like it because it’s a glossy black.

Next I laid out the map of the lightest colors to be used and started on the head. Here the head is finished then on to the body and feathers. Here’s the pens and markers left on the table when I finished. I tried both the Stabilo and Staedler Fineline markers and for this project the Stabilo were better because they didn’t clog. Also on the table are a lot of Blick Markers and Bic Mark-it Markers and some TouchFive knockoffs. Now I’ve got to clean up the mess. Once more the finished painting. Thanks to Russ Bridges for his fantastic photograph.

10 responses on "Time to Paint - Kingfisher"

This site uses Akismet to reduce spam. Learn how your comment data is processed.